A new report on the cost of financial crime compliance has revealed this has increased significantly in the past year, partly due to the pandemic, with western nations being among those facing the greatest increases between 2019 and 2020.

The LexisNexis Risk Solutions Global Cost of Compliance Survey found that North America and Western Europe have been hit most by rising costs. Western Europe spent substantially more than any other region in this area, accounting for $157.3 billion of the $213.9 billion global tally. North America was second at $42 billion.

All six global regions in the survey recorded an increase, with the Asia Pacific region remaining the third-largest spender on compliance at $12.1 billion. In proportional terms, the highest increase was in South Africa at 43 percent, while the global rise was 18 percent.

The survey found that Covid-19 had made the task of compliance harder, not least because it made the process of customer due diligence slower and more expensive. However, those firms that had invested more in technology were better able to handle the challenges thrown up by the pandemic, as well as the attendant regulatory pressures.

From these headline findings, it might be assumed that both the diagnosis of the problem and the identification of the solutions is a fairly simple matter. However, this was not the case; while some findings were very clear, others were anything but.

A prime case in point is the question of what the biggest issues are. The summary of findings noted: “Unlike previous years, there is less consensus around top challenges - customer risk profiling, sanctions screening, regulatory reporting, PEP identification, KYC for account onboarding and efficient alerts resolution are all similarly ranked.”

The reasons for this may be highly varied. For example, the rising costs of due diligence after the onset of the pandemic included higher volumes of alerts and suspicious transactions, an increase in manual work, inefficient alert resolutions, and shortcomings in risk profiling, sanctions screening, and PEP identification.

However, these were geographically focused most on North and Latin America; while costs were up 2.9 percent in France and 3.2 percent in the UK, they were more than ten percent higher in Canada, Chile, Brazil, and Mexico, with the latter seeing a 14.3 percent increase. Thus respondents in the Americas were more likely to consider this a top issue than those in other regions.

Another reason for the uncertainty about the biggest challenges is that the impact of the unanticipated global pandemic makes the whole future of the global economy uncertain, ensuring it is harder to guess where the biggest vulnerabilities will lie.

Reflecting on this, LexisNexus noted: “Additionally, criminals have sharpened their skills and adapted within a very challenging environment. Those learnings will be used to further financial crime as we recover from the pandemic.”

For this reason, the report has listed good preparation as the number one priority for firms to face the future. It said: “More than ever, financial institutions need to be extremely prepared for increased financial crime compliance burdens and risks, including sophisticated criminals and increased regulatory requirements.”

Other recommendations included balancing costs across both new technology and the use of skilled professionals to root out crime, the use of enhanced due diligence and analytics, and the need to understand the importance of good data to inform the development of solutions.

If you want to adopt next-level behavioral monitoring for your financial institution, get in touch to request a demo here. 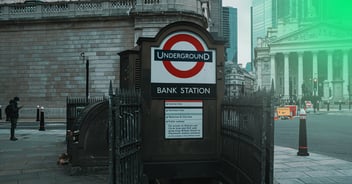 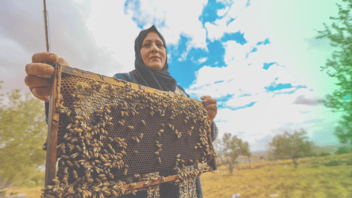